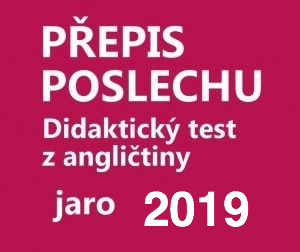 1. What has Jack decided to do this Saturday afternoon?

B: Hi Jack. Thank god it’s Friday. Any plans for the weekend?

A: Sure. I don’t have to get up early, so I’m going to stay in bed till noon.

B: I also love those Saturdays when you don’t have to do anything at all, just lie in bed till the afternoon.

A: Well, I could sleep all day but I should go jogging after lunch like I do on Saturday afternoons. But wait. I am going skiing this Sunday and I’ll get plenty of exercise doing that. So, I can go jogging some other Saturday, and enjoy watching TV tomorrow after lunch instead.

B: There will be a new documentary on. About Hermann Maier, the famous alpine skier. That will be good preparation for your skiing on Sunday, Jack. So, watch it!

A: I definitely will. Jogging will have to wait.

2. What is the weather forecast for Sunday?

It’s Friday 10 o’clock in the morning and here’s the weather forecast for the next few days. Right now, it’s 15 degrees Celsius. It’s sunny, the sky is without a cloud and we’re expecting the weather to stay like this until this evening. Now, if you’re expecting the sunny weather to last till Saturday, you’ll be disappointed. There’s heavy rain coming tomorrow morning, rainy weather will last all day, and also on Sunday. So, don’t leave your umbrellas at home. The daily temperature will go down to 10 degrees Celsius on Saturday but on Sunday temperature will go back to 15 degrees Celsius. On Monday, the temperature will stay the same but it will be cloudy, without any rain.

3. What pirate costume does Ted have for his party?

Ted wants to be a pirate at his party. But to make him a pirate costume, I needed more than just a pair of black trousers which I found at home. So, I went shopping for a t-shirt. They had a plain black t-shirt and a black pirate scarf in the shop. However, what I wanted was a t-shirt with stripes, and instead of a scarf, I was thinking of a pirate hat. But those were sold out. So, I only bought the black pirate scarf in the shop. I also thought of an animal toy. Something like a monkey. It would fit a pirate costume well. But they didn’t have any there. I was so disappointed. So, at home, I took my t-shirt with stripes and I made it smaller for Ted. He’s going to wear it for his party and he’ll have a toy monkey on his shoulder. We got it from our neighbor. The only thing Ted disagreed with, was the black pirate scarf. So, we borrowed a pirate hat from Ted’s cousin and Ted’s going to wear it to his party. So, we’re ready!

4. What did Kevin break today?

A: Hannah? I think I’m in trouble. When I was having breakfast, I broke something. I swear it was an accident.

B: Of course. Just like yesterday when you broke my sunglasses. By the way, when are you going to buy me a new pair? So, what did you break today, Kevin?

B: No way! Deal with your problems yourself. Luckily, the teapot is alright. If it was damaged, mom would be really upset.

A: May I offer you some sweets, madam? I always have some with me when flying.

A: Nice to meet you, Elisabeth. I’m Phillip. It’s comfortable here in business class, isn’t it?

A:  Yes, it is. I hate long flights. Last year, I traveled from London to Los Angeles. Although I had a chance to get a first-class ticket, I refused it because it was an 11-hour nonstop flight. Instead, I flew 8 hours from London to New York, had a few hours break there, and then continued on another plane to Los Angeles. Those 8 hours were the longest I’ve ever spent on a plane.

B: Oh, really? What helps me on such long flights is sitting next to the window. That’s why I always try to book a window seat.  But this time, I wasn’t lucky. They were all sold out.

A: Well, I don’t care where I sit. It’s true that you can rest your head more comfortably by the window and have a good sleep. However, that is not my case. You see, I’d love to close my eyes for some time during the flight but I always think about work and it keeps me awake, even when others around me are sleeping.

B: Really? So, what is it that you do, Phillip?

A: I’m an architect. I came to London on Sunday for a meeting with a client. The meeting was supposed to be on Monday but it was postponed till Tuesday. So, on Monday, I had the whole day to myself. I spent it on a boat trip on the river Thames.

B: Hmm, I went on a boat trip up the river Thames only once. I wanted to take beautiful pictures from the boat but everything stayed hidden in the thick fog. I wanted to have nice time on the river but the weather spoiled it completely. I hope to be more successful next time when I come to London for another medical conference. See, I am a doctor.

A: Oh really? Both my parents are doctors. At school, my teachers expected me to become a doctor too. My mom and dad, to my surprise, had a different idea about my future. They knew that, rather than being a doctor, I wanted to be an architect. So, they encouraged me to become one, despite the family tradition.

B: How interesting. Now, they’ll be serving lunch. I think I’ll have the beef.

A: Beef’s too heavy for me. There is chicken on the menu too, and it’s delicious. I’ve already had it with Delta Airlines so I’ll order that.

B: Well, if you say it’s delicious, I’ll have the chicken too then, instead of the beef.

Hello, this is radio Fun. It’s Monday morning and here’s our regular radio competition “What City Is This?”. As usual, we’ll give you a description of one city in the UK, and you’ll have to guess its name. You can win 155 pounds today. That’s right, it’s 15 pounds more than last time. Now, in last week’s competition, we were asking for the name of a city in southeast England. The correct answer was Slough, spelled S-L-O-U-G-H. And now, let’s see if you can guess the name of today’s city. Okay, here we go. The city is located 47 miles from Cambridge, and 25 miles from London. It takes only 14 minutes to get from this city to London by car. You can find many interesting buildings in this city. Many of them are very old. The oldest one dates back to the 16thcentury, and despite some people’s efforts to make the oldest house a museum, it is still used as a pub today. Any idea what city I’m talking about? If not, here’s more. One of the most visited city attractions is Verulamium Park. There’s a lake in its center, a golf course is placed in a southeastern part of the park. The city is also known for organizing a racing competition every year. Since the 1830s, the race has attracted thousands of visitors who come to the city to watch horses with the best UK riders. And now, my last two pieces of information about this city. The design of the city flag will remind you of the Scottish flag, on which there’s a white cross, placed on a blue field. But this city doesn’t use a white cross for its flag, it uses a yellow one on the same blue field. The flag can be seen flying on the city’s cathedral. You can also find a clock tower in this city. Its bell was made in 1412. It was used for nearly 500 years. In 1910, people heard it ringing for the last time for King Edward the 7th’s funeral. Now you know enough. Call us at 519 886 538.

21. Where did the man find the money?

A: Darling, I don’t have any cash on me and I need to pay the delivery man for a pizza.

B: Let me see what I have in my purse. Sorry, it’s empty.

A: Don’t we have any money anywhere in the flat?

B: Well, I put some bank notes in a book but I forgot which book it was in.

A: Next time, put money in a teacup. It is easier to find it there. My mom always keeps extra money there.

B: Wait, I remember leaving some coins in that red bowl on the shelf.

A: Oh, my mom put some sweets in that bowl when she came for a visit. She probably took the coins out of it and put them somewhere else.

B: Didn’t you say it was her habit to put money in a teacup? Go and have a look in that white one on the shelf. Next to the bowl, please.

Are you planning a trip to New York City? Here’s a fantastic opportunity for you. I’m Jonathan Paulie, a former taxi driver. For just 40 dollars a night, you can enjoy sleeping in the city center in my taxis. I still call them taxis, although you can’t ride in them anymore. They can’t move because I removed their engines and changed the taxis into small cozy bedrooms. Sure, they won’t be as comfortable as hotel rooms. But isn’t a bed all you need? My changed taxis are parked at a car park near a busy street, which is full of cheap fast food restaurants. If you have a discount card to any of these fast food restaurants, you can eat even cheaper there. What’s more, there are some great theatres nearby. But remember, you have to buy the tickets in advance. Now, if you are interested, call…

23. What does the girl say about this year’s photo exhibition in the National Library?

I’ve been visiting the annual photo exhibition at the National Library for years. As I was able to buy tickets for the exhibition online last year, I expected to buy them online this year as well. However, they are available only at the box office in the library, and when I got there, they were sold out. Luckily, I got one ticket from my neighbor. She was planning to go to the exhibition with her small kids because the wanted to play in the children’s corner there. But changed her plans because the organizers had turned the children’s corner into a place where short films are shown. I think this is a great idea, as people haven’t had a chance to see such films there before. Besides this change, people also have to bring their own refreshments to the exhibition this year. They can’t buy them in the snack bar like last year because the bar is no longer there.

24. When is the dance party next week?

A: Hey Tom. I’ve heard you’re going to the dance party at the cultural center next week, that’s great! But don’t forget, they’ve changed the day of the party.

B: Really? What for? I think Saturday evenings are the best for dance parties because, on Fridays, everybody’s tired after work. And on Sunday evenings, people are already nervous about Monday coming.

A: Well, on Saturday and Sunday, there’s a conference in the cultural center. And as the center is always closed on Mondays, Friday is the only day available for the dance party. On the other days, there are regular dancing courses.

B: Well, that’s a pity, as I work on Friday night. But maybe my boss will let me work on Sunday instead.