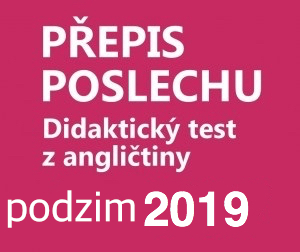 1. What does the man want to buy at the Christmas market this year?

2. What is the woman looking forward to at the birthday party?

A: Darling, my brother has invited us to his birthday party.

B: Oh, what’s he planning this year? I hope it’s not playing cards again. I couldn’t stand that last year.

A: Don’t worry, no card games like last year. This year he’s invited lots of interesting people from his new job in the theatre. Jane Black, the director of the theatre’s new play will be there.

B: Really? Now I am excited about the party because I will finally have a chance to chat with her.

A: I’m sure you will. I, personally, can’t wait to have a piece of the birthday cake.

B: Lucky you. If I weren’t on a diet, I would be looking forward to having a piece too. I have already lost 10 pounds and I don’t want to put them back on.

A: Alright, alright. My brother has also invited the same rock & roll band as last year. It’s a pity you can’t dance because of your recent back ache.

B: I don’t feel like dancing anyway. So, I’ll be fine without it.

3. What did the woman order for lunch in the new fast food restaurant today?

Mike and I went to the new fast food restaurant today to have lunch. They offer lunch menus, called three-for-two which means that if you order three things, you only pay for two. I wanted to try everything. Their soup of the day, their burger, and one of their desserts of course. Today they had tomato soup which I love. But guess what, they had run out of the soup before I could order some. So, I decided to have a burger and two desserts instead. But then, when Mike told me he was going to order two burgers and a cake, I thought his menu would be a better idea. And it was, and I was happy I changed my mind in the end. I just wish I had ordered the dark chocolate cake. The white chocolate one wasn’t as tasty as I had expected.

4. Which thing in the hotel room is the woman disappointed with?

A: So, we’re finally here darling. Our first time in the 4-star hotel. Look at the bed!

B: Hm. I can already see that my feet will go pass the edge of it. Wait, I’ll try it. Yes, the bed’s too short.

A: You always complain about hotel beds. But I’m satisfied with this one. It’s so soft.

B: At least we can watch TV from it. The TV’s big and I’m happy with it.

A: So am I. It will be great to watch the romantic film which is on tonight.

B: And the hockey match which is on tomorrow.

A: No hockey for me, I’ll read a book instead. But look, the lamp isn’t giving much light. I wouldn’t expect that in the 4-star hotel. It’s a pity. I’ve brought a great book with me.

B: You can read it on the beach. Come on, let’s check the bathroom now.

A: Okay. Look at the shower! It’s much better than the one we have at home.

A: It certainly is.

B: Karen, hi! Well, I wanted to see this performance so much because the band sounds great on their last CD. But, to be honest, I expected something else. Their concert this evening was a disappointment. At least for me.

A: Was it? I really enjoyed the music. Is it your first time here, Harry?

B: Yes, it is. I usually go to Ricky’s Jazz Bar. It’s my favourite club, and the tickets are much cheaper than to the Blues Bar. If I didn’t get the tickets for tonight’s performance as a present, I wouldn’t be able to afford to buy one myself.

A: Oh, did you get them as a present? Funny, I got my ticket as a present as well, on my birthday in June. And in August I’m coming again because my favourite guitar player, Jose Lopez, is having a concert here.

B: I see you’re interested in music a lot. Do you play the guitar yourself?

A: Yes, I do. And you Harry? You used to play the drums in the school band, right?

A: I see. By the way, did you notice the children in the audience this evening? They weren’t even school age.

B: Yeah, I did. I’ve heard there are children’s music programs in the Blues Bar in the mornings. I think it’s great that the parents take their children to these programs. But I think bringing them to the club for any evening performance should not be allowed.

A: Well, I agree. But I remember, when I was a kid, I loved going out with my parents in the evenings. It was so exciting with them, not like being home with my babysitter. I couldn’t stand it. She made me go to bed very early.

B: Hm, I loved my babysitter. She had blond hair and…

A: You seem to like blond girls, Harry. What about the one I saw you with last week, is she your girlfriend?

B: She is. She performs at Ricky’s Jazz Bar.

B: Let me finish. She comes on stage before musical performances to entertain the audience.

A: That sounds interesting.

B: It is. But singing in a band? She’s never even tried doing that. Listen, she’ll be in Ricky’s Jazz Bar next Saturday. Why don’t you come there with me?

A: Well, I was planning to visit my mom on Saturday evening. But I can go and see her on Sunday. So, I’ll go with you.

Hello and welcome to the after-school football club information meeting. My name is Mitch Miller and standing next to me is Robert Dwight. I’m the manager and he’s my assistant. I’m going to give you some information about the training sessions, and then I’ll show you around. Robert is going to take the applications from you and he’s going to give you a timetable. This way, you can see exactly when your children’s training sessions take place. And now something about the training sessions. Our after-school football club teaches children basic football skills. Most of the time, children have fun during the training sessions but sometimes they want to fight. That is not allowed. Please, tell your children about it. Now, let’s talk about the clothes and equipment. All the equipment will be provided by us, the football club. The football shirts won’t be bright yellow anymore, they’ll be white. This new design was created by me and I hope the children will like it. Unfortunately, the football shirts are not provided for free. They cost 12 pounds. And if you pay another 20 pounds, you can also get a matching sweatshirt. As for the training sessions, we aren’t going to spend the whole time on the football field. We’ll always finish our training in the gym, doing some strength exercises. So, the football field won’t be the only place for training. Before their first training session, the children will receive their electronic cards. They’ll have to use them to get into the changing rooms. Your children will receive them in the office, not at the reception desk. And, please, make sure your children don’t leave their cards at home. If your child can’t take part in the training session, let me know in advance. My phone number is 847933158. Call me anytime from 9 to 2 on weekdays. And that’s all for this part of the meeting.

21. What did Mary not do on her holiday in Scotland?

A: Hi Mary! How was your trip to Scotland?

B: Fun! We started in Edinburgh and wanted to spend the day there walking around the city.

A: But one day is not enough to see all of the sights on foot.

B: Exactly. That’s why we paid for a guided bus tour, so could enjoy all the sights.

A: I see. And did you see any of the famous lakes?

B: We hired a car and drove to the most famous one. But the lake disappointed me. My husband also wanted to hike up the highest mountain in Scotland, Ben Nevis. I’m not keen on hiking and walking up this mountain with him was tiring. But the view from the top of it was just awesome.

A: I can imagine. And did you have a chance to go anywhere else?

B: Well, we wanted to try horse-riding on a farm near Edinburgh, but our car broke down on our way there. And we had to return to Edinburgh by bus without reaching the farm.

22. Why is the woman moving from the village?

A: Alice, are you really moving from the village back to the city?

B: Yes, I am. The decision was not easy. I’ll have to get used to noise, once again. I still remember the day when I moved to this village 10 years ago. It was such a quiet place, and the river flowing through it was just amazing. When the railway was built a year ago to connect the village with the city, we expected crowds of tourists coming here and damaging the countryside around the village. But nothing like that happened. The few tourists that come here are quiet and behave well. However, instead of tourists, the railway brought industry to the area. Although the new factory near the village doesn’t make any noise, the river- which was once clean, is now full of waste materials. Water pollution killed every living thing in it. And that’s what made me decide to leave the village.

A: Oh, John! Congratulations! How was the exam? I’ve heard it was very difficult.

B: Yes, it was. But I was expecting it to be. Actually, as soon as I read the test questions, I knew I would pass because I was well prepared for it. I’ve done my best and that’s it. I think some classmates worry about their exam marks too much and then they’re disappointed, and so are the parents. My mom, for example, always says it’s a pity I didn’t get better marks. But I never care how many points I get. Anyway, the only thing I’m looking forward to now is getting to bed. I wasn’t able to relax yesterday and the exam was tiring, so I have no energy left. Sorry, I’ll have to call my mom now and tell her the news. She’s always so stressed when I take an exam.

24. What prize did Bill win in last week’s competition?

A: Bill, I’ve heard you were the winner of the big win competition last week. I’m not sure about the prize you won though. Was it driving a racing car or a truck?

B: Driving a truck? That was the prize in the previous competition. And driving a racing car? I was lucky I didn’t win that prize either. I’m afraid of driving fast cars.

A: My cousin once won a flight in a balloon in a TV competition. He works as a helicopter pilot for the fire service, but still, flying in a hot air balloon was an amazing experience for him.

B: Really? Guess what. I won the same prize as your cousin did in the TV competition. I hope it’s going to be exciting.