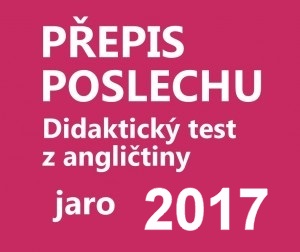 Hi Christine. It‘s me, Samantha. Listen. I have just called the hotel to reserve a double room for us but unfortunately they are fully booked for the whole weekend. The owner was really kind and recommended one of the hotels nearby but it was too expensive for us. But don‘t worry. Although the weather forecast predicts clear skies all weekend, we won‘t be sleeping right under the stars. I‘ll bring a tent and we can easily share. But Christine, remember to pack a sleeping bag and some extra warm clothes. It can get really cold in the mountains at night. It won‘t be like sleeping in you parents‘ warm mountain cottage we stayed in last weekend.

M: What kind of pizza shall I order today, Sally? Last time we had the one with salami, olives and mushrooms. And it was delicious.

W: Yes, it wasn‘t bad. But Mark is coming over for a visit and he‘s a vegetarian so without salami this time. Just olives and mushrooms.

M: Actually he said he‘d eat in town today and would come later so we don‘t have to worry about his preferences.

W: Alright then. Let‘s order the same one as last time but without mushrooms today. Only salami and olives.

M: Are you sure? I can imagine it without olives but not without mushrooms.

W: You know what? I don‘t care. Order whichever you like but quickly. I‘m really hungry.

M: Fine, no experiments today. Let‘s have exactly the same as last time and don‘t worry, you don‘t have to eat the mushrooms, I‘ll eat them from your parts.

On Wednesday afternoon, a sixty-one-year-old-Chicago whisky salesman was walking to his car with a briefcase in one hand and a bottle of whisky in the other. Suddenly, a group of four teenage boys tried to rob him. Later, the salesman told the police that the thieves took his briefcase and they also cut his suit while they were getting his mobile phone which he had in one of his pockets. When the salesman raised the bottle of whisky over his head, the attackers ran away before he could hit them with it. Finally, the salesman called the police who arrested the teenagers immediately and returned the salesman all the stolen things in perfect condition.

M: Carol, how are you? You haven‘t been in the office for a week. I heard you had an accident.

W: Actually, it was my husband. He broke his leg while skiing in the mountains. You know when I go skiing, I always ski on safe official slopes but not my husband.

M: So you had to take care of him?

W: Actually, no. Because he‘s still in hospital. But I got a flu and had to stay in bed for the whole week. My son took care of me. I hope he didn‘t catch it because he needs to study for important exams. Fortunately I‘m all right now, ready to help my husband when he comes home form hospital.

M: Hello, aunty Rose? It‘s me, your nephew Jimmy. Thanks for coming to pick me up.

W: Hello Jimmy. I was afraid I wouldn‘t recognize you at first. It‘s been years. How are you? Did you get work as an architect after university? It‘s been your dream, hasn‘t it?

M: I‘m fine. Actually, I still have a year to finish my studies. But yes, I‘m planning to apply for a job as an architect after my final exams. Anyway, sorry about changing our meeting place. I wanted to buy a plane ticket originally.

W: That‘s OK. It was my mistake. I thought trains are not for young people these days. Most of them only fly. And then I noticed that the message says I should pick you at the main station.

M: You see, I‘m trying to save as much as I can so I decided to travel cheaper then by plane. You know, I‘m saving money for a wedding gift for my sister. I still don‘t understand why she has to get married so young. But it‘s her choice.

W: Jimmy, your sister is 24, isn‘t she? I already had two children at her age. Well, call me old-fashioned but I believe, the sooner people get married the better. Why wait? Oh, well, now let‘s hurry home. Leo and Callan can‘t wait to meet you. You remember my grandson Leo? Callan is his school mate. Those two are always together. They‘re like brothers.

M: Well, it‘s not a long drive to your house, is it? I mean, you live in the city centre if I remember correctly.

W: Oh that place was very nice and I had lived there since I was born. Last year, a very noisy young man moved in next door. I asked him a thousand times to keep the music down but it was no use. So I found a small house for sale and moved away. The house has a lovely garden. You‘ll see.

M: My dad always told me that you should have been a gardener. According to him, you‘d have been perfect in that.

W: Thanks for the compliment. The truth is that it‘s the activity I‘m most interested in. I won the Garden of the Year competition so I must really be doing it right. Do you like gardening?

M: Sure. But my favourite hobby is painting. I don‘t think I‘ll become a professional painter but some people have already bought some of my pieces from me.

W: How interesting, Jimmy. There‘s a very nice art exhibition in the town. Would you be interested in seeing it?

W: Tomorrow is Sunday, I am certain they‘re closed. But it will be the first thing we do on Monday morning, OK? You‘ll be busy on Sunday anyway. All the family wants to meet you. Oh, look, there is my car.

Welcome to our museum of dolls and teddy bears. Here you can see the largest collection of dolls and teddy bears in the world. The museum was founded in 2008. The idea to open it was born of long time hobbyists, of Suzanne Quinnlane, a collector of dolls, and he cousin, Barbara Marshall, a teddy bear collector. It was Suzanne‘s mother who often told the girls that they have collections so large that they should start a museum. And that‘s exactly what they did. Suzanne Quinnlane works in the museum‘s office from Fridays to Mondays and on Saturdays, she even gives personal tours of the museum. The museum is situated in a historic house which was build in 1911 for a local doctor. The house was designed by British architect whose name was John Macknie. The surname is spelled M A C K N I E. He is best known for his work on many commercial centres. Between 1946 and 2006 this house belonged to the town hall and served as a theatre. However, the house was in bad condition and needed renovation. The renovation finally took place in 2007 and brought the building to its present size of 3614 meters squared. The teddy bear and dolls halls are situated on the first and second floors where I‘ll take you in a while. They display over 3000 teddy bears and dolls from the last century. The museum‘s oldest bear is from 1906 and you‘ll find it on the second floor. We‘ll finish our tour on the third floor where we have the art hall and the library. The library contains children‘s books from all over the world. In the art hall, you‘ll see illustartions of dolls and teddy bears from different children‘s books. Please, feel free to enter the art hall whenever you want. But if you‘re interested in the books form the library, you must arrange a visit there at least a week in advance. You can only use the books there as it‘s not possible to také them out of the building because they are very old.

W: British Airlines, how can I help you?

M: Hello, I‘s like to confirm my reservation. My name is Vincent Grey and I‘m flying to Toronto on the 3rd of October. My flight number is BA621.

M: Alright. How much time do I have on Heathrow between the flights.

M: OK, thank you. Can I pick up my tickets when I check in?

W: Yes. But be on the airport on time, please.

What makes a perfect holiday? I‘ve heard that it depends on how old you are when you take the holiday. I‘ve seen a research recently, which discovered that most people had their best holiday ever at the age of 34. Interesting, isn‘t it? When I was a teenager, I thought the more money you had, the better holiday you could enjoy. But now I know that even a luxurious holiday in a best holiday resort and the most expensive hotel won‘t make the holiday of your lifetime. Now I know that a great holiday has nothing to do with age or even the cost. It also doesn‘t matter where or how far you go. The only thing that matters is who you go with, whether you‘re 25, 55 or 75.

Almost everyone uses Facebook nowadays. But I feel that many people share too much personal information there and don‘t understand nothing is really private on the web. I especially see this when people share information about their work and complain about their bosses or job on Facebook. I think it is a great way to get fired or to make people feel badly of you when you are applying for another job. We often criticise teenagers for their online behavior but parents are no better. They should think twice before they post images of their children on Facebook because they may end up in the hands of criminals. What I recommend is that if you don‘t want the things you post on Facebook to be on the front page of the best selling newspapers, don‘t post them there.

A: The offices are located in Rio de Janeiro and in such a setting I felt like I was on holiday and not at a business conference. Pitty that there was no time to go to the beach. Brazil is just wonderful. My colleague even decided to have his wedding day this summer. A perfect place for a wedding.

M: Do you plan to take holiday and go to the wedding then?

A: I‘d definitely want to go there but for a football match. Brazil is playing against our national team next summer. My girlfriend said she‘d go with me.