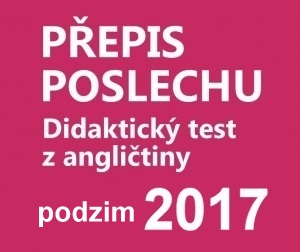 W: Oh, John. I‘m so sleepy although I‘ve already have huge coffee on the way here.

M: So you went out with Terry last night after all. He invited you, didn‘t he?

W: He did. He wanted to take me to the cinema and than go dancing. But I‘m not that silly to go dancing right before an exam.

M: You are silly. Dancing is a perfect way to get rid of stress.

W: I know but spending a night at a disco would make me nervous. I planned to keep studying until midnight but Terry insisted on at least going to the cinema and maybe to my favourite café afterwards.

M: I bet you refused.

W: Hah, of course I wanted to but in the end, instead of studying, I went to the cinema with him. And you‘re right. It helped and I feel less nervous now but tired. And when the exam is over, Terry‘s taking me to the café because there was no time last night.

Attention passengers. On behalf of Great Town Travels, we apologize for the delay. Due to extreme weather conditions the 5.00 train to London will not leave the station on time. Workers are removing snow from the tracks but it‘s clear they won‘t finish before 8.15. We have therefore arranged a replacement bus service. We kindly ask you to go behind the railway station building where the buses are parked. The buses to London will leave at 5.45. Passengers who don‘t want to wait can get their money back at the ticket desk from 5.15 on. Thank you for your understanding.

W: Johnny, I really need a new swimsuit. Ben asked me out on a date and wants to go to the beach but I only have that one black one-piece swimsuit.

M: Calm down Alice, there‘s a wide selection of swimsuits in the shop.

M: A one-piece swimsuit for the beach? I don‘t know Alice. I think a bikini would be better.

W: Maybe for you but with my figure…

W: Look, Johnny, here they‘ve got a black one-piece swimsuit but it has thin white stripes on it.

M: Forget about the one-piece swimsuit. Look at this white bikini.

W: Wow, Johnny, it looks perfect. What a shame they don‘t have it in my size.

M: Here is the same white bikini in your size but with black stripes. I‘m sure Ben would love it on you, Alice.

W: But look at the price. I can‘t afford it. OK, back to reality. I‘ll take my old swimsuit. Ben won‘t care what I‘m wearing anyway.

there‘s a big spring sale this week at Barbs Home and Furniture Shop. Everything is on sale now. Yes, shoppers, it‘s true. Come to our furniture shop and buy any table and get a 5% discount. And that‘s not all. We offer the same discount on all wardrobes. Believe it or not, you can get all sofas from the autumn collection for half price. We start today. The first 50 customers to come will get a free bath towel. Don‘t miss this wonderful opportunity to buy quality goods at low prices.

W: There you are Josh. I wanted to talk to you yesterday after the lecture on bad habits but you disappeared.

M: Hi Julia. I had another lecture after that. You know, American literature. I only had 10 minutes to get to the other building. And guess what. When I got there, I found out it was moved to next Tuesday. We can talk now. My lecture on British literature is over. So how did you like the lecture on bad habits?

W: Well, you know, when I saw that the topic of the lecture was bad habits, I was disappointed. What about them? Everybody has some – smoking, eating junk food, drinking too much coffee – but in the end, I was glad I went. I especially liked the part when professor Bartley talked about how to break bad habits. For me, the whole lecture was certainly not boring and he had my full attention the whole time.

M: Good. So now it should be easy for you to stop chewing gum, right? It‘s a terrible habit of yours.

W: Wait a minute. I do have bad habits but that is hardly one of them. According to scientists, chewing is healthy and also helps the process of studying. And that‘s just what I think too.

M: Relax, Julia. I think everybody has something. For example, I don‘t arrive on time sometimes. I don‘t like it but my girlfriend is always late so thankfully she understands and has no problem with it.

W: Professor Bartley said it is possible to stop bad habits within 3 weeks. Not that this was news to me.

M: Even I knew that because of my dad. He stopped drinking coke for health reasons for about 20 days. After that break he never started again. But it was hard. At first he promised his doctor he‘d stop. However, this wasn‘t useful. Hi still drank coke secretly. Then a friend advised him to write down the promise on a piece of paper and read it regularly. This finally worked and his doctor was very happy about the result.

W: Yes. All it needs is the right motivation. You heard professor Bartley at the lecture. Stress is creating almost all of our bad habits. And stress is hard to fight.

M: It wasn‘t the only cause that creates bad habits. There is one more reason why people develop bad habits that professor Bartley mentioned: being bored. Having nothing to do is just as dangerous.

W: Very true. My brother, you know him, had a very busy lifestyle as a manager and I remember he used to be a heavy smoker. He lost his job a year ago and he‘s just killing time now. Yes, he gave up cigarettes but now he watches TV all day and bites his nails. On bad habit replacing another. Which is worse?

So, here we are, just in front of the smallest house in Great Britain. This tiny red house, which is less than 2 meters wide and is 3 meters tall, is called a Quaw House, spelled Q U A W, and you‘ll also find it under this name in the Guinness book of records. Believe it or not, the house was once used as a real residence. It was occupied from 1659 until 1900 when the local council moved the last owner Robert Jones out because of a planned demolition of the house. However, local people stood up against the planners and eventually raised enough money to turn the house into the amazing tourist attraction it is today. As you can see, there is a guard standing at the front door, wearing a traditional costume, which consists of a black skirt, red coat, white blouse and a black hat. The interior of the house has been preserved to give visitors the idea of the extremely simple life of Robert Jones, the last owner. You may be surprised that Robert Jones wasn‘t a short man. He was 181 cm tall so as the rooms are only about 150 high, he could never stand up completely. He didn‘t have much space to stretch out his body after returning home from work but as a sailor he spent more time at sea than at home anyway. The house may be small but it‘s extremely practical. There are just two rooms. On the ground floor a little living room, which also served as a tiny kitchen and the bedroom on the first floor with a bed and a tiny wardrobe. It‘s not possible to walk on the upper floor nowadays but it can easily be viewed from a stepladder. We don‘t have much time to explore the house but before we go on to visit the castle, you can quickly look inside. As you are a group of twelve altogether, you will have to divide into three groups to enter the house. It can only fit four visitors at a time. It is amazing that a big family once lived here.

W: Honey, get up. Didn‘t you hear the alarm clock? You‘re going to be late. Are you all right? How late were you out last night?

M: Quite late. You know Martin‘s birtthday parties are always a big thing. People in the pub were drinking like it was a Friday night. When I got home I nearly forgot to set up my alarm clock. But than I remembered that it was only Thursday and I‘d have to go to work today. If only it was Saturday.

M: I feel that way too. That‘s why I really don‘t wanna get up at all. I wasn‘t feeling well already before going to the party and I refused to drink anything alcoholic there so yes, I look terrible and it‘s all because of that terrible cold I have.

W: I‘m sure you got it from the walk home. It was freezing.

M: Hello. May I ask you? Do you listen to the radio?

W: Hm, radio, well, I do have a radio at home but to be honest I don‘t use it there. Nowadays people switch on the TV instead the radio to entertain themselves, don‘t they? The problem with radios is you can‘t choose what to listen to. You have to listen to what someone else thinks is popular. Why should I listen to songs I don‘t like when I can download what I want to hear from the Internet. But I‘m not saying radio isn‘t useful. When I‘m in my car, I always switch it on for the latest traffic news. There‘s still no better way to find out what‘s going on the roads. Other than that I can‘t see much fun in listening to the radio.

The philharmonic orchestra is preparing to record 205 national anthems for the next Olympic and Paralympic Games. The recordings will begin in May and will take about a week to complete. Fillip Sheppard, who is in charge of the project, says shortening each anthem to one minute is a difficult job but it‘s better than playing them live. The recorded anthems will be played at the victory ceremonies and welcoming events. The world famous orchestra is also recording the music for the opening ceremony. The recordings will take place at London‘s Abbey Road studios used by many world famous artists including the Rolling Stones.

M: I‘ve just got an e-mail, from James whom we met last year on holiday.

W: James? The man who wanted to become an ambulance driver?

W: What is he writing about? Has he become one?

M: Well, he says he‘s applied for a job in his local fire brigade instead.

W: To me he didn‘t seem very fit to be a firefighter.

M: To me he did but he says here in the e-mail that he failed the physical fitness tests both for becoming a firefighter and a policeman.

W: I had no idea he had an ambition to be a policeman, too.

M: It’s one test for both positions, I think. And although he failed his fitness tests, he scored high on psychological ones. And so he’s got a job as a manager who coordinates all the rescue operation teams.

W: Oh, that’s great! So, after trying out for an ambulance driver, a policeman, and a fireman, he got such a great job! Well, when you write back to him, tell him I say congratulations.