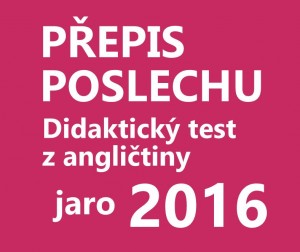 A: Hey, Jim. I hope you’ve bought new shoes because you’ll need them for hiking tomorrow.

B: Don’t worry. My father’s lent me his hiking boots. He said the walking in new shoes for 20 kilometres isn’t a good idea.

A: Great. So I can pick you up at 8 tomorrow morning.

B: Could it be a bit later after I get up and eat. I need to take Max for a walk. You know he’s a big dog and he needs regular exercise. But I’ll be back by 9.

B: I will. I’ve already packed all the things for the hike so I’ll be waiting for you with my backpack outside.

A: Great. We should be in the mountains by noon so after lunch we can start hiking through the countryside.

Hi Rob. It’s Alex. Listen. I know we should meet tomorrow at 4 at the train station but the train station is too far from the cinema. We’d have to travel all the way back across town and you know how I don’t like the underground. I’d rather meet you somewhere in the city center, not too far from the cinema. I was thinking about meeting in front of the museum but it’s under reconstruction now so it’s probably not the best idea. However, there’s a park next to the museum so I could wait for you there on one of the benches. Let me know if you agree and don’t be late. We have to be at the cinema by 4.45.

A: Oh, tell me. What is Brenda wearing to the dance?

A: Every year she wears the most beautiful dress. The long black dress she was wearing last year was amazing.

B: So if I tell you, you are going to buy something better?

A: Of course. I’ve already bought a long white dress with flowers but if Brenda is wearing something better, I can return it. Tell me. Is she planning to wear the long dress again?

B: Actually, this year she’s got a short one.

A: Really? Not the black dress with flowers that we were looking at together?

B: No, she doesn’t like dresses with flowers on them. She bought a white one and can’t wait to wear it for a dance.

Hi Carrol, this is Anne. Come and see me as soon as you get my message. I’d like you to meet Richie. He’s our new Yorkshire Terrier puppy. Dilan brought him home yesterday in a shoe box. Imagine, he’s so small. We wanted to buy him a dog house but they don’t make such small dog houses so finally we just bought a dog basket. Dilan promised to make him a dog house himself. Oh. And guess what. We couldn’t find him anywhere this morning. I even checked my shoes. I heard puppies love hiding in shoes and slippers. But he got into the shoe box and spent the whole night there. He simply doesn’t want to sleep in his dog basket. OK, we’ll talk later. Bye.

A: Hi Linda. We’re happy you’ve decided to train with us. My name is Tim.

B: Nice to meet you Tim. Anything I should know before I start?

A: Well, it’s always good to consult your ….. before you start training. It’s compulsory for people who are over 25 ….

A: I see. So it’s not necessary for you. But I’d reccomend it for any beginner runner anyway.

B: You know I‘m back after a break but I’m not completely new to running.

A: All right then. So what experience do you have with running?

B: I always ran just for fun but about a year ago I also took part in some school running competitions.

A: Great. The next important thing is motivation. I started to run to loose some extra weight but now my goal is to run faster. But people in your group run for different reasons.

B: To loose weight sounds motivating but my reason for running is different. It’s been my dream to run 5 kilometres in some official run.

A: Yeah, a five-kilometer run is very popular. A lot of people think that they need at least 8 weeks to prepare for this running distance. I used to think the same. But thanks to my training and experience I know that 2 weeks less than that will be enough for you.

B: Oh, I see. I’ve read I must run six times a week. I’ve  already printed out the schedule.

A: Your training plan must be running, walking and resting. If you go running six times a week, your body won’t have enough time to rest. So forget about it. 4 days of running will work much better for you.

B: And what should I do for the other days of the week?

A: Those days should be for walking. And one day in week is rest. For me it’s Friday, but most people in our group relax on Saturday. Anything else you want to know?

B: Yes. I wonder if listening to music helps people run better.

A: I used to think so. When I started, I always went running with music in my phone. I felt it was giving me energy. But for some time now, I have been training without it. I love the feeling of clearing my head in silence. Try it both ways. You’ll see what is best for you.

So, here we are at the London’s Millenium Bridge. The bridge, which is made of steel, is 1066 feet long, which is 325 metres. As you can see, it links the city of London and Saint Paul’s Cathedral with the modern gallery at bank side. The bridge was designed in 1996 by the architects Norman Foster together with the sculptures architects and enginners from the arab company. Technically, the construction of bridge is very unusual because the supporting cables are hidden below the level of the walking path. Thanks to this, the people walking on the bridge can enjoy an amazing view without any distractions. The construction of the bridge began in the late 1998 and the bridge was completed only two years later at the cost of 18 million pounds. This was 2,5 million pounds over the planned cost of the bridge and it was paid mainly by the London Bridge trust. The Queen opened London’s Millenium Bridge on 10th of June, 2000, but only two days later on the 12th of June the bridge had to be closed because something unexpeted happened on the day of its opening. So many people were interested in crossing the bridge on that day but it soon started to move dangerously from side to side. Small vibrations of a bridge are normal but these sideways moves were so great that the people felt seasick and had problems standing straight when crossing the bridge. This is why the Londoners nicknamed the bridge the Wobbly Bridge, spoken W O B B L Y. Well this bridge was not the only one which moved from side to side too much that year. Just a month after the Millenuim Bridge was closed, a one hundred year old bridge in Othua Canada had the same problem when the crowd crossed it during a firework show. It took 2 years of analyses and tests until the problem of London’s Bridge was solved and the Millenium Bridge was successfully opened again. However, five years later, in 2007, it was closed again for short time. This time it was because of the weather. There was such a strong wind in London that people could have been blown off the bridge when crossing it. But enough for talking, let’s cross the bridge.

A: Who are you buying this for?

B: It’s a birthday present for Mark. He’s returning from China tomorrow.

A: But it’s March now. His birthday was a couple of months ago.

B: Yeah, but he hasn’t been in the country since December so we couldn’t give him anything. We wanted to visit him there in February to celebrate his birthday and see China. Unfortunately, you were ill, remember?

A: But you called him in January on the day of his birthday, didn’t you?

B: Yeah, but I think we should give him something. Eventhough it’s already March so I’m buying this.

I really want to like Valentine’s Day. I know my girlfriend would be happy. So I try hard to celebrate it every year. You see, she loves the decoration and the music but I don’t want to hear all those old-fashioned love songs like Love Is All Around ten times a day eventhough I normally like music. I also hate the red hearts all around the city. You can’t even go into a shop for something without bumping into Valentine’s hearts, teddybears, candles,  cushions and other ugly Valentine’s gifts everywhere. The shopkeepers think that the more romantic decorations there are in the shop, the more presents people buy. They don’t want to make a really pleasant atmosphere. Their goal is to sell as many things as they can. I think that’s what destroys the magic of the day.

A: How was the food in the steak house? Was it better than last time?

B: Well, to be honest, I was dissapointed. First, I was wondering what to order and couldn’t decide between the English or the Texas steak. But because last time I had the Texas one, today I chose the English one with potatoes. Bat that wasn’t a good choice either. This time the steak wasn’t cold and it was salty enough but I can’t say that about the potatoes. They were cold and not salty. However, I would ignore that, but what I can’t excuse is the fact that I asked for my steak to be well done. It was still bloody. I think the cook should know that the well done steak needs at least ten minutes to be done and not half of that time, like the one I got on my plate this time. It was my last time in that restaurant for sure.

A: Excuse me, I’d like to return this shirt, please.

B: Is it the wrong size?

A: Well, I’m a big guy and most clothes are usually small for me but no, this shirt actually fits me. But I don’t feel good in it.

A: The colour is fine. You see, the problem is when I put it on my skin turns red.

A: I’m afraid so, that’s why I’m here. I’d like to choose a shirt from a different material but in the same colour and size.

B: I’m afraid we don’t have your size anymore, sir. The only thing I can do is to return you the money.