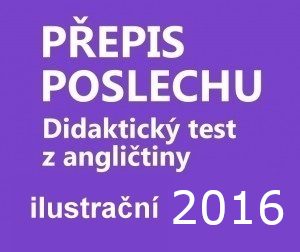 A: Hey Brad, wait, wait. I have something to tell you.

B: Ah, have you won the lottery? What’s all the fuss about?

B: Really, Jason? How many jobs have you already had? Last time I saw you, you were a window cleaner. So, what are you gonna do? Sell hamburgers in a fast-food restaurant?

A: No, I found something better. I’m going to work in the new shopping centre.

B: Doing what? Cleaning floors?

A: Why cleaning floors? No, I’m gonna sell women’s clothes in an expensive fashion shop.

B: What? Jason, are you crazy?

A: No, think about it. I’m gonna sell clothes to beautiful women all day. That’s much better than selling hamburgers or cleaning floors or windows.

Attention all passengers, because of on-going construction Churchill street and France avenue will be closed to all traffic today. All trams and buses going along these streets are canceled until Friday. If you need to travel to any of these streets, please use the underground central line. We’ve shortened the intervals between the underground trains on this line so you shouldn’t wait more than three minutes for a train. Also, please note that the underground station at Globe Shopping Centre is closed today for repairs. But a special bus will go there directly from both North Park and Central Train Station. Thank you for your understanding.

A: Dad, I’ve been talking about this all week. He’s the tall guy we met yesterday in the supermarket.

B: Do you mean the tall guy with long black hair who said hello to you? I didn’t like him much. I don’t like boys with long hair.

A: But that wasn’t Matt. That was his friend. Matt hasn’t had long hair in years. He plays basketball and his coach won’t let him have long hair, so he shaves it.

B: So, he’s bald hm? Another extreme. And what about that short guy that you’re always with? The one with glasses. Don’t you like him? I haven’t seen him for ages.

A: Do you mean Jeffrey? He’s out of town. Anyway, he’s just a friend. And please dad, don’t call him short. He’s very sensitive about that.

I can’t believe it is already Saturday tomorrow. Our company has the big teambuilding tournament and I haven’t been practicing. I don’t even know why everyone chose tennis. No one likes it. I mean, we all love football, we could’ve chosen that … but tennis? None of us even knew how to hold a racket until last month. I’m going to look like a real fool, chasing the ball all over the court. I think that even table tennis would have been a better option because you don’t have to run so much, just around the table. First, I was thinking of calling in sick and going for a quiet swim at the beach but I can’t do that. Everyone’s expecting me. So, I’ll have to go and play. But I won’t like it.

A: Hi Mary. Congratulations on winning that competition on Radio 1. What an amazing prize. An all-expenses-paid holiday in the Caribbean for seven days!

B: Thanks, Ben. I’m still in shock. What are the chances that I would be the 100thcaller? Maybe even lower than winning the national lottery.

A: Yeah. And where exactly can you travel to?

B: Well, I’ve always wanted to go to Jamaica. But it’s a pity because I can only go to certain islands in the Caribbean. Puerto Rico, Cuba, Barbados, or the Dominican Republic. But I’m not complaining, this will be my first time in that part of the world. In the end, I decided on the Dominican Republic. I’m sure it’s just as beautiful as Jamaica.

A: Yeah, it’s a dream come true. Can you take a friend or relative with you?

B: Yes, one. But they have to pay for their own plane ticket. All other expenses, including food and hotel, are paid for by the radio station.

A: That’s great. Who will you take then?

B: Ahh, I’d like to take all my friends! To choose any one seems unfair. But anyway, I’ll take my mother. It’s her birthday in September and this will be a wonderful present for her.

A: But won’t your father be jealous?

B: I doubt it. Nowadays, he’s a homebody and doesn’t like travelling much. Although, when I was a kid, he loved adventure. It was because of my father that we travelled as much as we did as children.

A: Oh yes, I remember the stories you told me about your summer holidays as a child. I wish I could ride a camel through the desert or go on a safari like you one day.

B: Those were the good times. And now, here’s to more.

A: And when are you going to leave on the trip then?

B: Well, I was told that I can go anytime I want but that it’s only possible for up to a year from the time I officially received the prize which means I’ll have to go before next December. So, I’ll choose September because of mother’s birthday.

Remember, the bus for London leaves tomorrow at 10 o’clock. So please, don’t be late. You should be here at school no later than 9.30 AM. And don’t forget to bring your passports. If you forget that, you won’t be allowed on the bus. In London, you’ll also need some money for entrance fees and food. The host families you are going to stay with will provide you with breakfast and dinner, but you’ll need to buy your own lunches and snacks. So, I recommend you to have at least 50 pounds for food and 90 pounds for entrance fees. Which is 140 pounds altogether, that’s the minimum you should take with you. And according to the weather forecast for next week, we shouldn’t have any rain. It won’t be sunny either but cloudy all week long. So, you can definitely leave your sunglasses in Prague but it’s a good idea to bring a pair of comfortable shoes and a light jacket. Okay, so we are leaving tomorrow at 10 o’clock in the morning. We should go through passport control at about 4 o’clock the next morning. With tougher checks at the border now, we may have to wait a little longer to get into the United Kingdom. But we are expected to arrive in London at a half-past 5. We’ll have breakfast together and then I’ll show you how to travel on the underground. It is much larger than the metro system in Prague but it is quite easy to use. I know you’re looking forward to going on the double-decker buses too. Don’t worry, we’ll use them in the afternoon. We’ve already watched a lot of videos and read a lot of articles at school, so you have an idea of what to see in London. As for finding your way around, you already have maps of the city and I advise you to study them before we reach London. And if you get lost, don’t panic. Remember, you can always call me or your host families. Don’t forget that any time you call a Czech number from London, both speakers pay roaming fees for the call. So I’ll ask that you call me on my British phone number 077 587 442. Now, does anyone have any questions?

B: And when’s the next train?

B: Shall I drive you to the station? Would that possibly help?

A: Oh Jim, I’d be so grateful. I’ll be able to catch the fast train easily and I’ll still have a lot of time for a cup of coffee at the railway station café.

Well, my job isn’t the worst. But it’s not the best either. I work from home so I have flexible working hours. The money isn’t bad either. I used to work for a large company, I worked long stressful hours and the pay was terrible. So what I’m doing now is certainly better. And I also don’t have any horrible colleagues to worry about. On the other hand, I do feel quite lonely. At home, you don’t have anyone to talk to. Sometimes I really miss having colleagues, even the bad ones. That’s the worst part.

A: John, have you packed everything?

B: Yes, I have. And Liz, are Peter and Mary going to join us?

A: No, they’re going to Italy this year. They are going to spend their holiday at the seaside near Venice.

B: Is Alex going with them?

A: No, he’s going sightseeing in Paris. And then, he’s flying to New York to do some shopping.

B: I can’t understand that. I wouldn’t enjoy going on holiday with thousands of other people.

A: I agree, neither would I. I can’t wait to be in the countryside. There’s nothing better than sleeping in a tent, sitting by the fire in the evening…

A: So, have you read David Frederick’s latest book?

B: Yeah, I finished it yesterday but I wasn’t really impressed.

B: Well, I’ve always loved his stories because of the places the author shows. I can close my eyes and imagine myself there. In his new book … well, he describes these beautiful places and then he introduces the people. The characters are great and have amazing personalities and lives but their dialogues sound so stupid. The people just speak like robots. It damages what’s a really interesting story. The dialogues in his previous book were wonderful but he really disappointed me with his newest book.