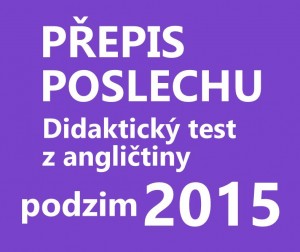 Hi, James. I hope you’re looking forward to the evening as much as I am. Listen, the concert starts at half past seven (6:30). But we should be there at least half an hour earlier which means at seven. Hope that’s not a problem because you need to come home from the office by six o’clock at the latest. I ordered a taxi to pick us up at home at half past six as it will take about thirty minutes to get to the concert hall. I don’t know the exact time the concert finishes so I didn’t book anything for the way back. Can you call me back as soon as possible, please?

A: May I have a look at this photograph? I know this blond man with glasses. That’s your brother. And isn’t the man with the beard sitting next to me your father?

B: Oh no. My father doesn’t have a beard. That’s my grandfather. And this cute little blond boy, who is sitting on his knees, is Toby, my brother’s youngest son.

A: I see. I thought your brother had two children.

B: Yes, he does. His older son, Mark, was at school when this picture was taken so you can’t see him in photo. You wouldn’t believe Toby and Mark are brothers. Mark is very different from Toby, actually. He has black hair like his mother.

A: Oh, dear. This place is closed today.

B: You’re kidding. They have the best steaks in town here.

A: Well, this isn’t the only steak restaurant in town. I know another one, quite near here.

B: No. If I can’t have a steak in this restaurant, then I’d rather eat something else. What about the pizzeria across the street?

A: Cate. Have you ever tasted that pizza? I’d rather have a hamburger from that stand over there than that pizza.

A: Look. I’m really hungry and a hamburger is better than nothing. I’ll get you one. Come on.

B: OK. With ketchup for me please, but tomorrow, we’ll have a steak for lunch. Promise.

A: Mary? Where are you? Is everything OK?

B: I’m fine. It’s just… I had a small problem on my way to the office. I didn’t crash into any car. Don’t worry. But there’s a traffic jam on the A5 highway because of an accident. So I decided to take the A4. I was driving on the A4 and everything was just perfect. But then, bang! My front tyre just exploded. I was really lucky there was no other car around. The tyre is completely flat and… well… I don’t know how to change it so I’m waiting for the car service now. Hopefully, they aren’t stuck in the traffic jam on the A52. Anyway, I’ll do my best to get to the office as soon as possible.

A: I’m sure you’ll like this house, Mr Jones. Unlike other houses in the neighbourhood, which only have three bedrooms, this one has five. So it’s definitely big enough for your family.

B: Hmm. I see it also has a separate garage.

A: Yes. For two cars. And there are metal stairs behind the garage that go to the room above the garage. That room has its own bathroom and kitchen. The owner used to rent the room to two students but of course they moved out when the house went on sale. If you rent it out, you can get at least 300 USD a month for it. There’s a university not far from here so the students are always looking for rooms.

B: Hmm, I’ll think about it. And… is that a maple tree over there in front of the house?

A: Oh, yes. There used to be three trees in front of the house but two of them were cut down so this is the only one left. Now, come in…

I’ll show you around. As you can see, right at the end of this hall there is a living room.

A: Oh, there’s a fireplace in the house. But not here in the living room. The owner wanted to have it in the dining room. And here is the kitchen. The owner originally wanted to take the fridge and the cooker with him but finally he decided to leave all the kitchen equipment here. So everything is now a part of the price.

A: That’s good. Oh. I love this wooden staircase

B: Isn’t it lovely? The owner works for a wood company and he’s very skilled so he did the staircase himself as well as most of the wooden furniture in the house.

A: Oh, that’s nice. Is that the garden out there?

B: Yes. You can see the whole back garden from here and also the river behind that back garden. It’s perfect for fishing. The water is clear so you can easily see fish swimming around. Going into the water, though, is forbidden. The stream is very strong and it can be very dangerous.

A: Well, I’m really falling in love with this place. What’s the price, actually?

Welcome to Sun Radio. I’m Christine Wiever. Today on our programme we’ll explore the Art City Festival in Chicago, which begins this Friday. Although it’s only Monday today, you can see preparations for the festival everywhere around the city. Some of you may have noticed coloured plastic sculptures of cows in some places. “Cows?” I hear you asking. Yes, a part of the Art City Festival is the cow parade. 148 life size cows of all colours and patterns will be placed in indoor and outdoor locations around our city. The tradition of the cow parades started in Europe. It was Wilder Knapp from Switzerland, who first came up with the idea of the cow parade. In 1989, he decided to place sculptures of cows in the streets of Zurich, to attract customers to shops. Surprisingly, Wilder Knapp wasn’t a business man but an artist. A year later, an American business man, Milton Verret, brought the idea to the USA. The cows were great success here. Since then, the cows have been presented in many cities all around the world. And not only the cows. There was a similar exhibition of lions in Munich, in Germany in 2004. And in 2011, over 60 gorillas could be seen on the streets of Bristol, in the UK. But back to our cow parade. At the end of the festival, the cows will be sold at an auction, and the money will go to charity. The record price ever paid in an auction was 154 300 euros, for a cow called Waga Moo Moo. You might think that this Waga Moo Moo cow was decorated with gold, but it wasn’t. It was covered with glass. As a part of the Chicago Art City Festival, people can attend workshops situated in the library. Visitors can get the detailed list of the workshop activities and their timetables in information centre all over town.

B: Madam, your airplane departure isn’t a reason to break the rules and put people in the streets in danger.

A: If I miss the plane, I will be late for my business presentation in London today. And that’s not all. If I don’t get there on time, it would also damage the job of my colleagues and my boss will fire me.

A: I’m sorry, madam. This isn’t about your business presentation. This is about safety. You’ll have to pay for driving too fast in the taxi lane. By the way, if you’re in such a hurry to get to the airport on time, why didn‘t you take a taxi? It would be much quicker, safer and cheaper.

And now the weather forecast for tomorrow. Let’s begin in the north. I’m afraid spring hasn’t arrived in Scotland yet. A major frontal system will bring very cold weather. There’ll be plenty of rain in this part of the UK, which could even change into snow in the Scottish mountains. Moving south now. In England the weather will, in comparison to Scotland, look more spring-like. You may expect skies without clouds and lots of sunshine. In the west, across Wales, however, another weather system will bring strong winds and several thunderstorms making the weather much cooler for this time of the year.

A: I don’t understand why you’re angry. I don‘t go out drinking every weekend like Caroline’s husband

B: No, you don’t. But we’re not speaking about Caroline’s husband now. We’re speaking about you. When did you last help me clean the house? If cleaning your house was your job, you’d lose the job immediately. Just look at the television. How about cleaning the screen from time to time?

A: Yeah. But when I get home from the office, I’m tired. I just want to have dinner and watch a little television. I’m even too tired to spend an evening out.

B: Do you think I’m not tired? I’m the only one here who does all the work around the house and I have absolutely no time for myself. And going out with you? That’s the last thing I could think of.

Welcome to the house of musician Will Smith. It’s interesting that he wrote his most famous songs right here on the ground floor. We’re now in his office. Hanging on the walls of the office are records that made him famous. If you look around the room, you’ll see photos of Will and his second wife Jannet. I’ll let you look around for a few minutes and then we’ll go to the first floor. There’s a library containing Will’s large collection of books, on the first floor. And then, on the next floor, we’ll have a look at Will’s collection of historical musical instruments from all over the world. Finally, on the third floor, we’ll see the private room with the couple’s original furniture.